Are experts complicit in making their advice easy for politicians to ignore? 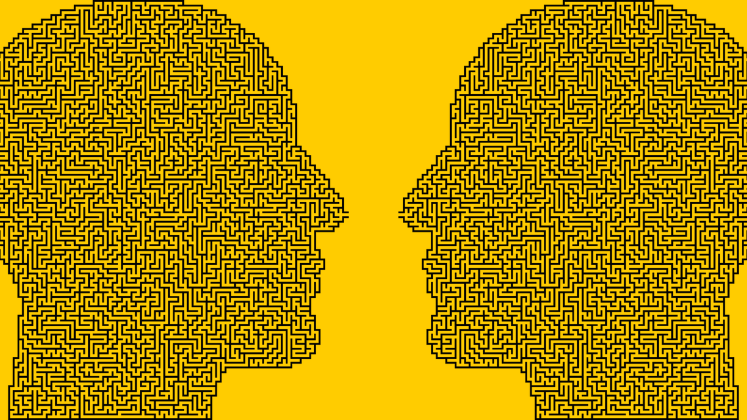 The role of experts in policymaking and debates over the extent to which politicians are being ‘led by the science’ have become prominent in response to the COVID-19 pandemic. Here, Christiane Gerblinger argues that, rather than being a simple case of politicians disregarding sound advice, experts should attend to the way in which this advice is communicated and the elements inherent to particular forms of advice that make it easy for politicians to ignore or divert to different ends.

It is tempting to think that experts are being ignored. Expertise has died! We ignore expertise at our own peril! Why won’t people just take the time to figure out what experts are saying? Similarly, when official policy expertise aimed at government decision-making is publicly released, accusations of governments ignoring or rejecting their experts often follow.

This depiction can be true… but it can also be superficial. Digging deeper, is there something about the way experts communicate that makes them – us – easy to ignore? Instead of lamenting a demise of expertise, wouldn’t it be more productive to ask whether the language of expertise features characteristics that invite its audience to overlook or misread it? Is expertise, in other words, inherently ignorable?

It certainly can be, and that’s particularly troubling when expertise is melded with politics. To understand how, I examined ostensibly ignored Australian policy advice and found expert advisers reluctant to disclose what they know so as to accommodate political circumstances. I tested three cases drawn from three streams of knowledge production across Australia’s civil service: the economy; energy and the environment; and national security.

Instead of lamenting a demise of expertise, wouldn’t it be more productive to ask whether the language of expertise features characteristics that invite its audience to overlook or misread it?

For the first, I looked at official policy advice about the taxation of investment properties, which was provided to the Australian government following an announcement by the opposition to restrict how property investors minimised their income tax. Calling this the most “destructive policy ever proposed”, which would lead to “mum and dad investors” being forced out of the housing investment market, the government projected that this restriction would reap a mere $600m over four years. Two years later, a Freedom of Information request by a news outlet seeking the original advice found that policy officials had confirmed the opposition’s claims that its proposed reforms would “increase revenue in the long run between $3.4 and $3.9 billion a year” and that “the limit on negative gearing for established property would not differentiate between more or less wealthy investors”.

To be sure, this certainly looks like policy experts being ignored. But a careful reading of the advice shows that, by entirely avoiding the political context and practicing strategies of impersonality (where objectivity is a performance that projects authority and immunises against being seen to be biased or arbitrary), policy experts lost their opportunity to be influential and encouraged a political retort that saw the government entrenching its existing policy. Further, experts’ insipid advice made it easy for the government to later claim that it confirmed “what we have been saying all along”.

The second looked at official government advice released under FOI following a state-wide blackout in South Australia. To avoid embarrassing the government for its misleading claims that wind energy was to blame for the blackout, experts sidestepped any mention of renewables and climate change, thereby expunging discord and uncertainty and giving the appearance of certainty and solid evidence. Their advice also gave the impression of objective responsiveness to the government by frequently issuing damage status updates, but little else. Instead of poor ignored experts, I found widespread anticipatory compliance; a dynamic that, because government actors did not ask policy experts about deeper arguments and rationale, saw policy experts not feel the need to offer them or discuss them among themselves. Policy experts became entirely transactional, functioning as vendors of rudimentary information, perhaps because the only advice they could provide objectively was on the status of storm damage. Official advice spoke a language of knowing what not to know.

The third considered Australian intelligence assessments on Iraq’s WMD in the lead-up to the Iraq War. Intelligence experts presented as highly objective in their repeated acknowledgements of uncertainty and gaps in available evidence, and even revealed a lack of consensus, offering an almost textbook study of how to present evidence impartially. John Howard, Australia’s prime minister at the time, turned this element of doubt into strength in that it helped him demerit mounting arguments that absolute proof was needed before invading Iraq. He appeared to be ignoring his experts, but their excess of objectivity channelled an uncertainty that contributed to a highly effective political strategy.

In a nutshell, each yielded a particular ‘expert being ignorable’ typology:

It could be argued that these typologies represent coping mechanisms for experts in charged environments. Although that’s certainly pragmatic, when experts communicate in this way, meaning becomes malleable, leaving political actors free to reinterpret the offerings of their policy experts. Any advice can thus conceivably give governments the rationale upon which to make any decisions. This malleability also effectively means that, even when publicly released, there is no record properly available for scrutiny and, thus, no accountability for tracing how political decisions are made. Writing in the context of releasing government records, Goldfarb argues, “[i]f the public cannot scrutinize government policies by checking public records, democratic society is endangered”. The same is true of public records that camouflage or evade meaning.

We should be able to know why and how some experts are convincing. We should also be able to understand why and how they are not, particularly when they claim to be evidence-based.

Beyond my group of policy experts, there are obviously other areas of expertise that also communicate in ways that end in being ignored, each with its own unique drivers. Science, with its insistence on the primacy of facts, is an obvious contender, but there are others. Sociology and political science, for example. The media, when it misreads public attitudes. Law, when it doesn’t prop up political agendas.

I worry that it is becoming harder and harder to observe how expert knowledge is produced and argued, particularly in political settings. We should be able to know why and how some experts are convincing. We should also be able to understand why and how they are not, particularly when they claim to be evidence-based. If we can’t do either, control of the government is not in the hands of the governed. Further, if expert advice is being constructed in ways that curb this control, experts risk appearing complicit in neglecting the democratic needs of citizens.

Christiane Gerblinger currently co-convenes ‘Science, Technology and Public Policy’ at the Australian National Centre for the Public Awareness of Science in Canberra, Australia. She previously worked with the Australian civil service for over 15 years. For some reason, she thought having two PhDs was a good idea: one in film and literature, the other in science communication, this blogpost is based on the latter.